You've worked too hard and sacrificed TOO MUCH to achieve your success to be as lonely as you are...

And there's NO reason to put your family, your business, and your legacy at a 93% risk of failure (avg. peer failure rate for the past 40 years) by just "winging it."

Imagine this is your reality instead...

You have access to the world's best brain trust of 39 of your peers, to help you deal most powerfully with ANY challenges that come your way as a member of the Solomon Wisdom Society, benefitting from:

1. SWS MasterMind Retreats three times/year- at our SWS retreats, you'll be empowered with Solomon's trillionaire strategies to optimize your family, business, and charitable giving, AND be able to forge deep friendships and collaborations with your peers... while having lots of fun!

2. Solomon Says app: Access for you and your whole team to our proprietary application, which allows you to use King Solomon's trillionaire strategies to make the most profitable decisions- and avoid costly mistakes- in almost any situation. It's like having a trillionaire on speed-dial.
3. LegacyBuilders coaching: one year of coaching for you and your family to maximize your family, work, and impact legacies, so that in ALL 3 areas, you're creating multi-generational success.

There's no reason to "go it alone" any longer; avoid squandering the success you've built, and apply now for SWS membership to ensure your GREATEST impact, fulfillment, and success as a member of the coolest fraternity in existence...

and as a side benefit, you'll have bragging rights of membership too. (*SWS membership limited to 2% of billionaires worldwide, and by invitiation only)

“David Roy Newby’s techniques will enable you to build a strong legacy for your family… and find and fix the cracks that likely exist in your current legacy/estate plan.”

"Men, especially as heads of family, as business owners, are alone on a lonely journey of identity and creators of extreme wealth. Every single owner, head of family office, estate planner, and advisor to the wealthy needs to read 'Beyond Billions'!"

"David Roy Newby offers a provocative, paradigm-challenging look at the all too common frustration and failure by hard-charging, high-achieving entrepreneurs and top executives with regard to family influence, transferring wisdom, not just wealth. In a complete consideration of what you are doing and why you are doing it, this has a place. Making, taking, and accumulating is all fine. I am Ayn Rand-ian about enlightened self-interest and earned privilege. But there is also something, as David puts it, beyond millions or billions, beyond scorekeeping. Tapping King Solomon as inspiration, he has done an interesting job of raising both philosophical and practical questions."

“As a marketing consultant having turned huge companies around, I’m impressed. David Roy Newby teaches you principles that enable you to not only have money, but grow the money you have and to transfer the skillsets to your children. Is that important? It’s one of the most vital things you can do. David’s system is essential to implement.”

David is well-known as the world's leading expert in legacy planning for billionaires, celebrities, and ultra-affluent entrepreneurs, speaking at NASDAQ, the Harvard Club of Boston, and family office events, and regularly appearing on television worldwide.

Growing up on welfare in the hills of Tennessee with no dad on his birth certificate and a stepdad that told him he wouldn't adopt him at age 7, David went on an entrepreneurial journey to prove his worth to the world. After losing most of his wealth in the 2008 market meltdown, David discovered that a lack of affirmation had led him to take unnecessary risks in business in order to prove his worth to his dad and stepdad, and he resolved to fix this once and for all.

Through many years and thousands of dollars and hours of effort, he has healed his heart of the orphan spirit that made him feel not good enough for his dads, and after discovering that over 90% of other powerful families fail long-term due to similar challenges, now David helps other powerful business owners create multi-generational legacies of success combining ancient wisdom that has been proven to be effective for over 3000+ years with cutting-edge technology and learning modalities.

If you agree with David that a 90%+ failure rate of your family due to your financial success is unacceptable and you're ready to join the top 2% of billionaires that are Solomon Wisdom Society members, apply now to be considered for membership. 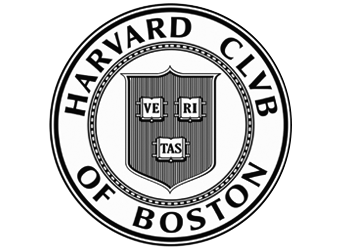 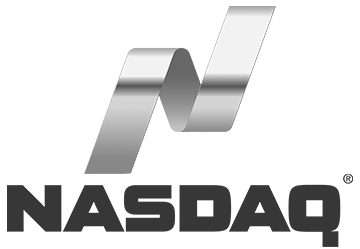 Request Your Consultation NOW 1 of 3 Easy Ways To Discuss Your Possible Membership In The World's Most EXCLUSIVE Fraternity To Help Ensure Your Maximum Fun, Fulfillment, & Success Long-Term:

1. WhatsApp or Signal text us at +1-248-325-8872 the following - your name, your best email, your best phone, your best mailing address, and how you discovered us - and we will email or text you back with instructions to schedule an initial consultation with us. (Signal preferred as it's encrypted with maximum privacy)           OR...

2. Email us the same information as in #1 at Apply(at)SolomonWisdomSociety.com, and we will email you back with instructions to schedule an initial consultation with us. (All our emails are encrypted to keep your personal information secure)         OR...

3. If you prefer, simply call or text us at +1-248-325-8872 the following - your name, your best email, your best phone, your best mailing address, and how you discovered us - and we will email or text you back with instructions to schedule an initial consultation with us.